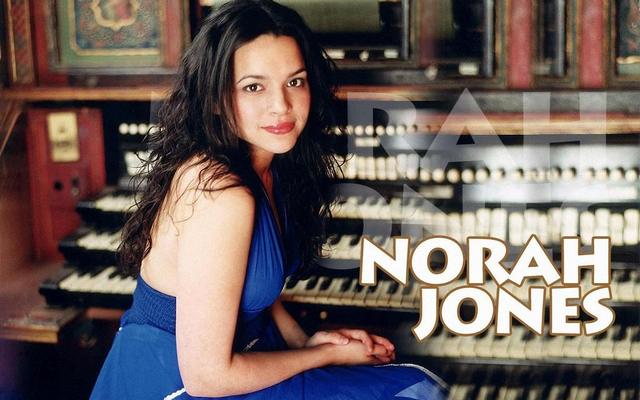 Vocalist and pianist Norah Jones developed a unique blend of jazz and traditional vocal pop, with hints of bluesy country and contemporary folk, due in large part to her unique upbringing. The daughter of Ravi Shankar, Jones grew up in Texas with her mother. While she always found the music of Billie Holiday and Bill Evans both intriguing and comforting, she didn’t really explore jazz until attending Dallas’ Booker T. Washington High School for the Performing and Visual Arts. During high school, Jones won the Down Beat Student Music Awards for Best Jazz Vocalist and Best Original Composition in 1996, and earned a second Best Jazz Vocalist award in 1997. Putting her vocal talents on the back burner, Jones worked toward earning a degree in jazz piano at the University of North Texas for two years before accepting a friend’s offer of a summer sublet in Greenwich Village during the summer of 1999. ― Allmusic