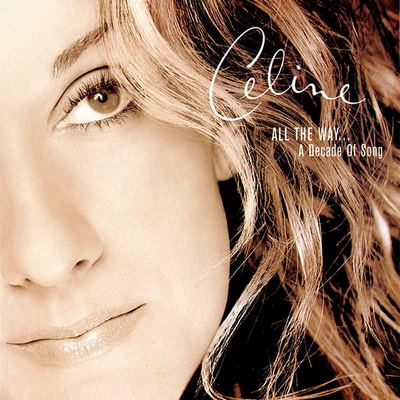 All the Way… A Decade of Song garnered positive reviews from music critics. They praised the first uptempo single “That’s the Way It Is” and a ballad “If Walls Could Talk”. Some criticism was directed towards including a small number of hits and many new recordings. Despite that, the album became a commercial success throughout the world and peaked at number one in every major music market around the globe. All the Way… A Decade of Song has sold 8,100,000 copies in the United States, according to Nielsen SoundScan. It has also sold five million copies in Europe and shipped two million copies in Japan and one million in Canada. During the first two years of its release, the album had sold over seventeen million copies worldwide.

The lead single, “That’s the Way It Is” was well received by critics and became a commercial success around the world. The following singles were released in selected countries only and without any promotion from Dion, who was on her two-year break from the music industry, they performed moderately on the charts.