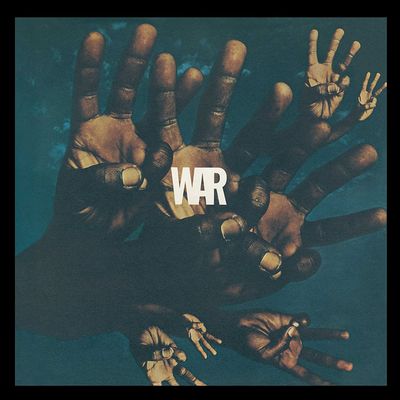 War’s first album without Eric Burdon was a strange, imposing, and beautiful hybrid — a bridge between their then-current work with Burdon and their roots, going back to the early ’60s and their origins as the Creators and the Nightshift. Although it was never a hit — topping out at number 190 on the charts — or yielded any substantial AM radio hits, the album is musically imposing in its sheer breadth, and its boldness , melding the new and the best of the old update, incorporating songs, arrangements, and ideas that dated well back into the prior decade, and the group’s origins as the Creators and the Nightshift. From the quietly soaring 1971-vintage opener “Sun Oh Son,” the music drifts back into the heavily Memphis soul-influenced “Lonely Feelin’,” updated slightly but basically a rousing ’60s blues-cum-gospel number that somehow ended up a failed single off the album. From there the album goes totally into left field with the gospel-style “Back Home,” featuring lyrics provided by no less a figure than the Animals’ Hilton Valentine. “War Drums” is a killer showcase for Charles Miller’s tenor sax, Dee Allen’s percussion, and Lonnie Jordan’s organ, and “Vibeka” is a haunting, slow, bluesy workout, inspired by romance, tragedy, and realization, showcasing composer Lee Oskar’s blues harp and Howard Scott’s guitar. “Fidel’s Fantasy” gets into wholly experimental territory with its length, and the topical political message seems an oddity today, but there’s no questioning its musical boldness. ― By Allmusic