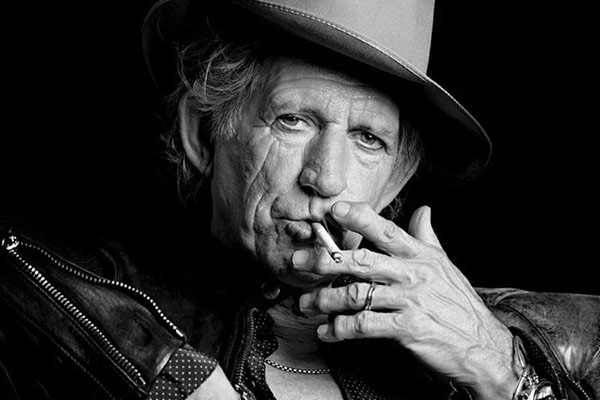 Arguably the best and most influential rhythm guitarist in the history of rock & roll, Keith Richards was the principle architect of the sound that would make the Rolling Stones one of rock’s most iconic bands. Blessed with excellent timing and a minimalist style that cut deep without wasted moves, Richards borrowed from the playbooks of Chuck Berry and a number of classic blues players to formulate a sound that was decisively his own, and would in turn be borrowed by countless guitarists who aped his moved but rarely with the same impact. The taut angles of Richards’ melodic sense would also dominate his songwriting with vocalist Mick Jagger, who co-wrote nearly all of the group’s best-known songs. If the Stones were widely perceived as rock’s ultimate bad boys in their heyday, Richards was the man who led their charge, and his swaggering style, outlaw attitude, brushes with the law, and outsized consumption of drugs and alcohol created a legend that could fill a book (and did when Richards published his memoirs, Life, in 2010). ― Allmusic