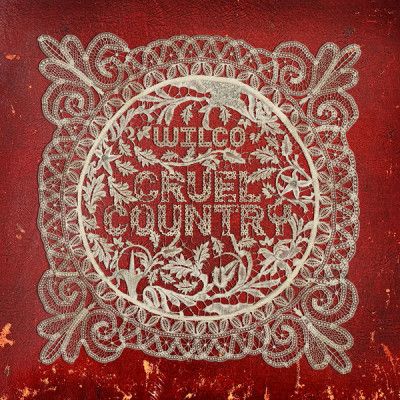 When Wilco announced the upcoming release of their album Cruel Country in late April 2022, it immediately generated a lot of excitement from a part of their fan base that hadn’t been heard from much in a while. In the initial press releases on the LP, Jeff Tweedy described it as a country album, exciting news for the folks who had been following the band since their earliest days as Tweedy’s post-Uncle Tupelo project, and had felt disappointed since their audible twang essentially disappeared with 1999’s Summerteeth. But anyone hoping Cruel Country was going to take Wilco back to the rollicking alt-country sound of 1995’s A.M. or 1996’s Being There needs to adjust their expectations. Though Cruel Country is indeed the most “country” album Wilco have delivered in over 20 years, it’s not “country” in the way they sounded in the mid-’90s. Instead, this is mostly acoustic country-inspired music merged with folk and filtered through the sort of musical and lyrical impressionism that became Tweedy’s worldview since he developed a voice fully separate from the other guy who co-founded Uncle Tupelo. (In its emphasis on ambience and occasional washes of electronic soundscapes, this is as much Yankee Hotel Foxtrot as Being There.) ― Allmusic