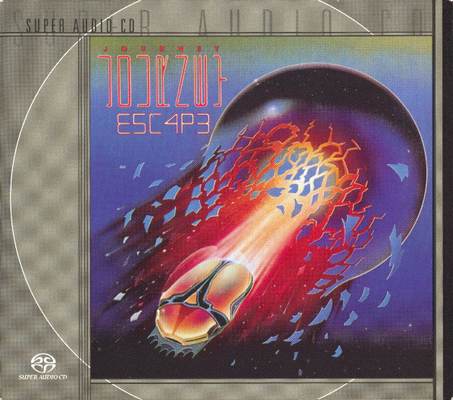 Escape was a groundbreaking album for San Francisco’s Journey, charting three singles inside Billboard’s Top Ten, with “Don’t Stop Believing” reaching number nine, “Who’s Crying Now” number four, and “Open Arms” peaking at number two and holding there for six weeks. Escape flung Journey steadfastly into the AOR arena, combining Neal Schon’s grand yet palatable guitar playing with Jonathan Cain’s blatant keyboards. All this was topped off by the passionate, wide-ranged vocals of Steve Perry, who is the true lifeblood of this album, and this band. The songs on Escape are more rock-flavored, with more hooks and a harder cadence compared to their former sound. “Who’s Crying Now” spotlights the sweeping fervor of Perry’s voice, whose theme about the ups and downs of a relationship was plentiful in Journey’s repertoire. With “Don’t Stop Believing,” the whisper of Perry’s ardor is crept up to with Schon’s searing electric guitar work, making for a perfect rock song. One of rock’s most beautiful ballads, “Open Arms,” gleams with an honesty and feel only Steve Perry could muster. Outside of the singles, there is a certain electricity that circulates through the rest of the album. The songs are timeless, and as a whole, they have a way of rekindling the innocence of youthful romance and the rebelliousness of growing up, built from heartfelt songwriting and sturdy musicianship. ― Allmusic 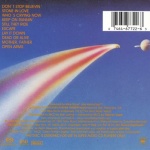 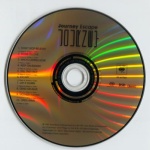