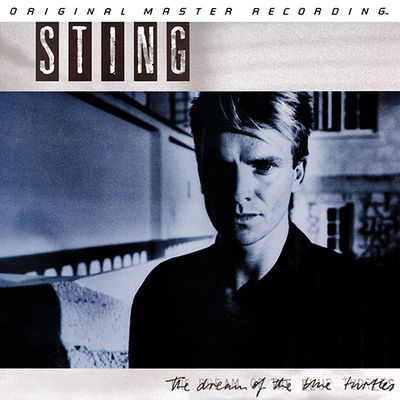 The Police never really broke up, they just stopped working together — largely because they just couldn’t stand playing together anymore and partially because Sting was itching to establish himself as a serious musician/songwriter on his own terms. Anxious to shed the mantle of pop star, he camped out at Eddy Grant’s studio, picked up the guitar, and raided Wynton Marsalis’ band for his new combo — thereby instantly consigning his solo debut, The Dream of the Blue Turtles, to the critical shorthand of Sting’s jazz record. Which is partially true (that’s probably the best name for the meandering instrumental title track), but that gives the impression that this is really risky music, when he did, after all, rely on musicians who, at that stage, were revivalists just developing their own style, and then had them jam on mock-jazz grooves — or, in the case of Branford Marsalis, layer soprano sax lines on top of pop songs. This, however, is just the beginning of the pretensions layered throughout The Dream of the Blue Turtles. Only twice does he delve into straightforward love songs — the lovely measured “Consider Me Gone” and the mournful closer, “Fortress Around Your Heart” — preferring to consider love in the abstract (“If You Love Somebody Set Them Free,” one of his greatest solo singles, and the childish, faux-reggae singalong “Love Is the Seventh Wave”), write about children in war and in coal mines, revive a Police tune about heroin, ponder whether “Russians love their children too,” and wander the streets of New Orleans as the vampire Lestat. This is a serious-minded album, but it’s undercut by its very approach — the glossy fusion that coats the entire album, the occasional grabs at worldbeat, and studious lyrics seem less pretentious largely because they’re overshadowed by such bewilderingly showy moves as adapting Prokofiev for “Russians” and calling upon Anne Rice for inspiration. And that’s the problem with the record: with every measure, every verse, Sting cries out for the respect of a composer, not a pop star, and it gets to be a little overwhelming when taken as a whole. As a handful of individual cuts — “Fortress,” “Consider Me Gone,” “If You Love Somebody,” “Children’s Crusade” — he proves that he’s subtler and craftier than his peers, but only when he reins in his desire to show the class how much he’s learned. ― by Allmusic