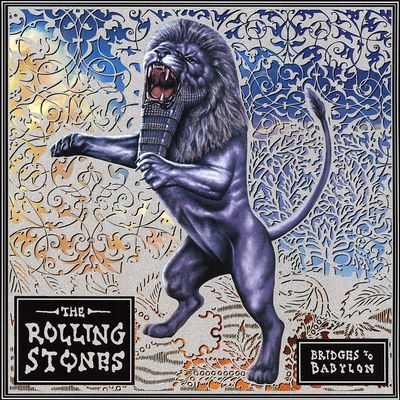 Voodoo Lounge confirmed that the Stones could age gracefully, but it never sounded modern; it sounded classicist. With its successor, Bridges to Babylon, Mick Jagger was determined to bring the Rolling Stones into the ’90s, albeit tentatively, and hired hip collaborators like the Dust Brothers (Beck, Beastie Boys) and Danny Saber (Black Grape) to give the veteran group an edge on their explorations of drum loops and samples. Of course, the Stones are the Stones, and no production is going to erase that, but the group is smart enough — or Keith Richards is stubborn enough — to work within its limitations and to have producer Don Was act as executive producer. As a result, Bridges to Babylon sounds like the Stones without sounding tired. The band is tight and energetic, and there’s just enough flair to the sultry “Anybody Seen My Baby?,” the menacing “Gunface,” and the low-key, sleazy “Might as Well Get Juiced” to make them sound contemporary. But the real key to the success of Bridges to Babylon is the solid, craftsmanlike songwriting. While there aren’t any stunners on the album, nothing is bad, with rockers like “Flip the Switch” and “Low Down” sounding as convincing as ballads like “Already Over Me.” And, as always, Keith contributes three winners — including the reggae workout “You Don’t Have to Mean It” and the ― Allmusic