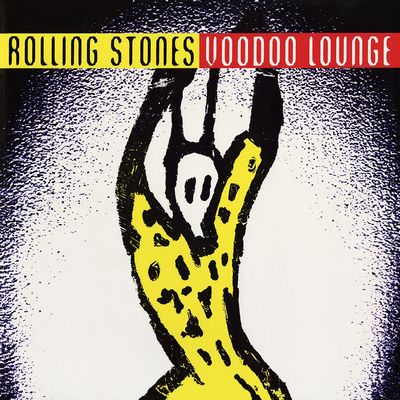 Funny that the much-touted “reunion/comeback” album Steel Wheels followed Dirty Work by just three years, while it took the Stones five years to turn out its sequel, Voodoo Lounge — a time frame that seems much more appropriate for a “comeback.” To pile on the irony, Voodoo Lounge feels more like a return to form than its predecessor, even if it’s every bit as calculated and Bill Wyman has flown the coup. With Don Was, a neo-classic rock producer who always attempts to reclaim his artist’s original claim to greatness, helming the boards with the Glimmer Twins, the Stones strip their sound back to its spare, hard-rocking basics. The Stones act in kind, turning out a set of songs that are pretty traditionalist. There are no new twists or turns in either the rockers or ballads (apart maybe from the quiet menace of “Thru and Thru,” later used to great effect on The Sopranos), even if they revive some of the English folk and acoustic country-blues that was on Beggars Banquet. Still, this approach works because they are turning out songs that may not be classics but are first-rate examples of the value of craft. If this was released ten years, even five years earlier, this would be a near-triumph of classicist rock, but since Voodoo Lounge came out in the CD age, it’s padded out to 15 tracks, five of which could have been chopped to make the album much stronger. Instead, it runs on for nearly an hour, an ironically bloated length for an album whose greatest strengths are its lean, concentrated classic sound and songcraft. Still, it makes for a stronger record than its predecessor. ― Allmusic