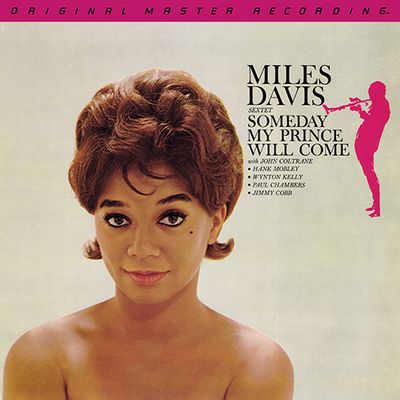 After both John Coltrane and Cannonball Adderley left Miles Davis’ quintet, he was caught in the web of seeking suitable replacements. It was a period of trial and error for him that nonetheless yielded some legendary recordings (Sketches of Spain, for one). One of those is Someday My Prince Will Come. The lineup is Davis, pianist Wynton Kelly, bassist Paul Chambers, and alternating drummers Jimmy Cobb and Philly Jo Jones. The saxophonist was Hank Mobley on all but two tracks. John Coltrane returns for the title track and “Teo.” The set opens with the title, a lilting waltz that nonetheless gets an original treatment here, despite having been recorded by Dave Brubeck. Kelly is in keen form, playing a bit sprightlier than the tempo would allow, and slips flourishes in the high register inside the melody for an “elfin” feel. Davis waxes light and lyrical with his Harmon mute, playing glissando throughout. Mobley plays a strictly journeyman solo, and then Coltrane blows the pack away with a solo so deep inside the harmony it sounds like it’s coming from somewhere else. Mobley’s real moment on the album is on the next track, “Old Folks,” when he doesn’t have Coltrane breathing down his neck. Mobley’s soul-stationed lyricism is well-suited to his soloing here, and is for the rest of the album except, of course, on “Teo,” where Coltrane takes him out again. The closer on the set, “Blues No. 2,” is a vamp on “All Blues,” from Kind of Blue, and features Kelly and Chambers playing counterpoint around an eight bar figure then transposing it to 12. Jones collapses the beat, strides it out, and then erects it again for the solos of Davis and Mobley. This is relaxed session; there are no burning tracks here, but there is much in the way of precision playing and a fine exposition of Miles’ expansive lyricism. ― Allmusic