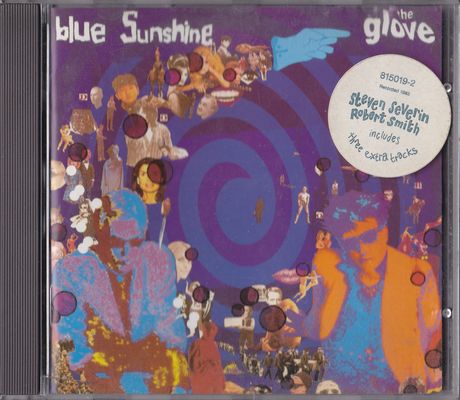 This one-off collaboration between the Cure’s Robert Smith and Siouxsie & the Banshees’ Steven Severin resulted in an eccentric, and at times incompatible, mix of psychedelic sounds wrapped around alternative ’80s pop. Writers Smith and Severin’s more eccentric tendencies are as likely to evoke pictures of a carnival as a funereal march, but the backbone rests largely on tightly constructed tunes with occasional forays into the experimental. Jeanette Landray sings the majority of the tracks, while Smith takes the lead twice amongst a smattering of instrumentals. Standout tracks include the Middle Eastern-twinged “Orgy” and the more conventional “Mouth to Mouth.” Smith’s distinctive warbling on the first-class “Perfect Murder” takes the album directly into Cure territory, as do the instrumentals which could equally find a home on Seventeen Seconds. While musically diverse, the album’s lyrics rarely stray from the dual themes of death and sex, furthering the gothic undertones so often heard in Smith and Severin’s previous work. Blue Sunshine’s eclecticism makes this an interesting side note for long-time fans of the Cure and Siouxsie & the Banshees, but a somewhat more inaccessible listen for others. ― Allmusic