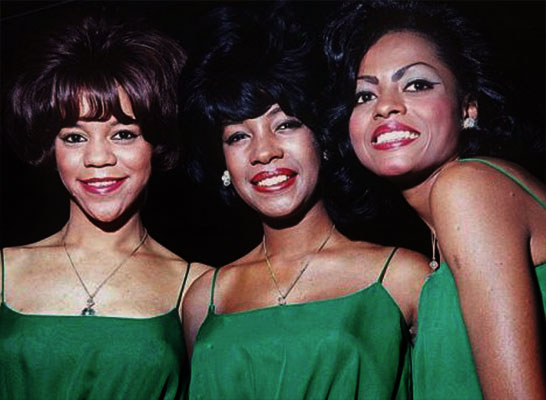 The most successful American performers of the 1960s, the Supremes for a time rivaled even the Beatles in terms of red-hot commercial appeal, reeling off five number one singles in a row at one point. Critical revisionism has tended to undervalue the Supremes’ accomplishments, categorizing their work as more lightweight than the best soul stars (or even the best Motown stars), and viewing them as a tool for Berry Gordy’s crossover aspirations. There’s no question that there was about as much pop as soul in the Supremes’ hits, that even some of their biggest hits could sound formulaic, and that they were probably the black performers who were most successful at infiltrating the tastes and televisions of middle America. This shouldn’t diminish either their extraordinary achievements or their fine music, the best of which renders the pop vs. soul question moot with its excellence. ― Allmusic