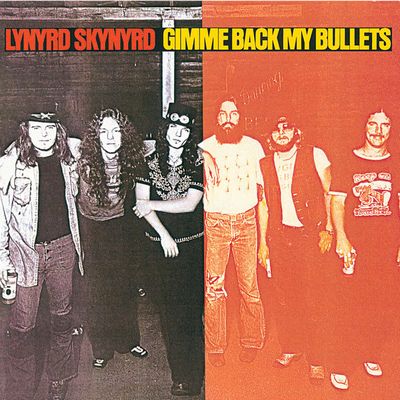 Lynyrd Skynyrd begins to show signs of wear on their fourth album, Gimme Back My Bullets. The band had switched producers, hiring Tom Dowd, the producer who served Atlantic’s roster so well during the label’s heyday. Unfortunately, he wasn’t perfectly suited for Skynyrd, at least at this point in their history. The group had toured regularly since the release of their debut and it showed, not just in their performance, but in the songwriting of Ronnie Van Zant, who had been so consistent through their first three albums. Not to say that he was spent — the title track was as defiant as “All I Can Do Is Write About It” was affecting, while “Searching” was a good ballad and “Double Trouble” was a good rocker. These songs, however, were surrounded by songs that leaned to the dull side of generic (unlike those on Nuthin’ Fancy) and Dowd’s production didn’t inject energy into the group’s performances. This doesn’t mean Gimme Back My Bullets is a bad record, since the group was still in fairly good shape and they had some fine songs, but coming after three dynamite albums, it was undoubtedly a disappointment — so much so that it still sounds like a disappointment years later, even though it’s one of only a handful of records by the original band. ― Allmusic