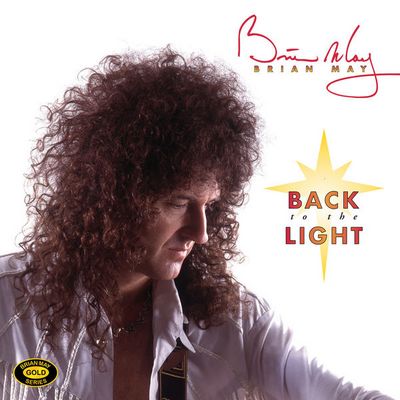 Queen guitarist Brian May’s first complete attempt at a solo album, Back to the Light, focuses on the hard rock sound that Queen often abandoned in the 1980s. While obviously sounding similar to some of the work by his former band, May’s path is far more hard-edged and emotionally punched than the majority of Queen’s work. His vocals are sometimes weak for a singer, but they also add a certain tenderness that most hard rock frontmen seem to lack. The album succeeds best on its heaviest tracks such as the cover of “Rollin’ Over” or “Resurrection,” which features pounding drums courtesy of Cozy Powell and thundering guitar riffs with Queen-like multi-tracked vocals. References to Queen can also be heard in the eccentric humor of such numbers as “Love Token,” which includes a back-and-forth dialogue in the middle of the song. Likewise, the low-key country song, “Let Your Heart Rule Your Head,” is reminiscent of “’39” off Queen’s A Night at the Opera. The ballads are not as strong or as interesting and are not helped by well-meaning but overly sentimental lyrics and light rock arrangements. Unfortunately, the instrumental, “Last Horizon,” ends up sounding like Muzak. “Driven By You,” the album’s biggest hit, was originally written for a Ford commercial, and it shows. That said, it is great to hear May finally get a chance to rock out and while the over-the-top and eccentric stylings of the album might put off some, it is those same traits that will also attract many to this work. ― by Allmusic