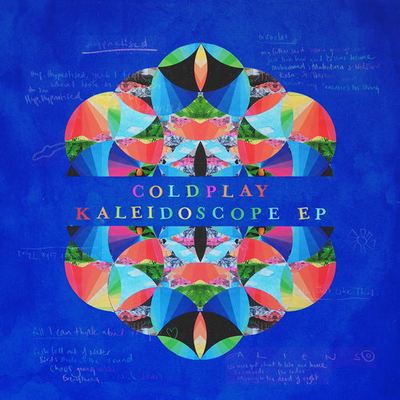 Coldplay capitalize on the multicolored positivity of A Head Full of Dreams with Kaleidoscope, an EP that ties together all the threads left hanging by that sparkling 2015 album. Although Kaleidoscope is named after a Head Full of Dreams album track — available here in a new, airy mix — the key track is “Something Just Like This,” the group’s collaboration with the EDM duo Chainsmokers that became a huge hit in the first half of 2017. The version here, disingenuously dubbed “Tokyo Remix,” may be live but its big laser beats tie Coldplay into a modern pop, one that easily slips between surface charms and subdued experimentalism. Thanks to their union with Brian Eno, Coldplay have always had a knack for treating sound as substance, and the producer is back here for “A L I E N S,” a track that skitters and shakes more than its four companions yet still feels joyous, not ominous. Melancholy is only hinted at on “All I Can Think About Is You,” but that’s because it’s fueled by a snaky, elastic bassline that overwhelms a muffled Chris Martin. It, like the rest of Kaleidoscope, leans into vibe over song, but that’s also the appeal of the EP. Within these five tracks, Coldplay touch upon various contemporary trends in EDM, R&B, and rock without abandoning their identity, and thereby they are fleet and clever, not relics. ― Allmusic