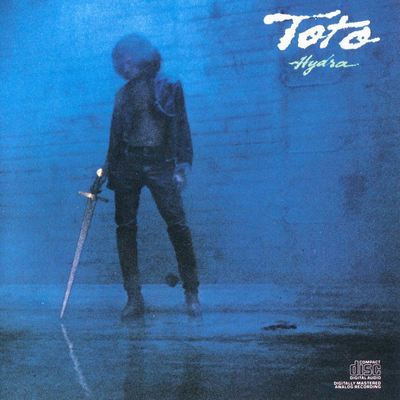 If Toto’s musical advantage was that, since its members continued to play on many of the successful records made in L.A., its own music was popular almost by definition, its disadvantage was that it made little attempt to seek an individual musical signature — a particular style, say, or a distinctive singer (Bobby Kimball was not it) who could make its records immediately identifiable. “Hold the Line” had been a big hit, but who did it? Boston? Foreigner? As a result, Toto was less well positioned than most to come off a big debut album with the follow-up, and Hydra was unusually dependent on its leadoff single, “99.” Maybe it was a tribute to the female lead on the old Get Smart TV show, but many listeners didn’t get a song with a chorus that went, “Oh, 99, I love you,” and the single stalled in the bottom half of the Top 40. The album went gold on momentum, but the songs, however well-played, simply were not distinctive enough to consolidate the success Toto had achieved with its debut album. ― Allmusic