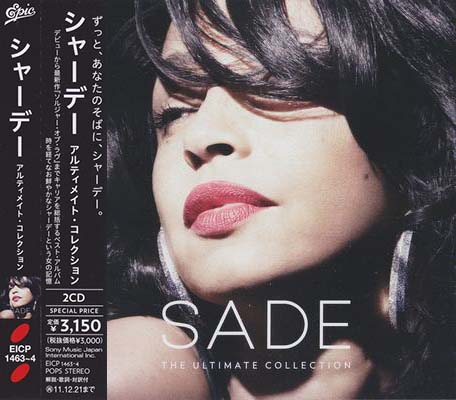 The Ultimate Collection is the second greatest hits album by English band Sade, released on 29 April 2011 by RCA Records. The album includes several singles from the band’s career, including the hit singles “Your Love Is King”, “Smooth Operator”, “By Your Side”, “No Ordinary Love” and “Soldier of Love”. It also contains four previously unreleased tracks END_OF_DOCUMENT_TOKEN_TO_BE_REPLACED