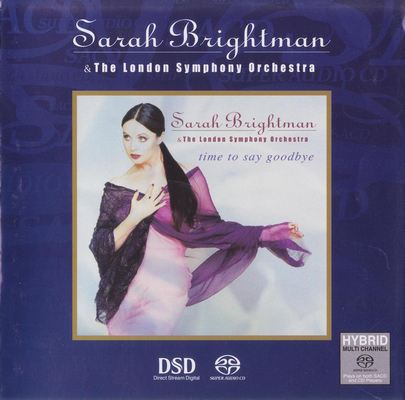 In the pop music world of the 1950s and 1960s, when you scored a hit single, you used to put together an album featuring the hit as the title song, with the disc filled out by soundalike songs that, with any luck, might give you a follow-up hit. Apparently, the world of contemporary classical crossover isn’t much different. Sarah Brightman, who enjoyed a European hit with “Time to Say Goodbye,” her duet with Andrea Bocelli, constructed an album beginning with that recording and continuing in kind. END_OF_DOCUMENT_TOKEN_TO_BE_REPLACED 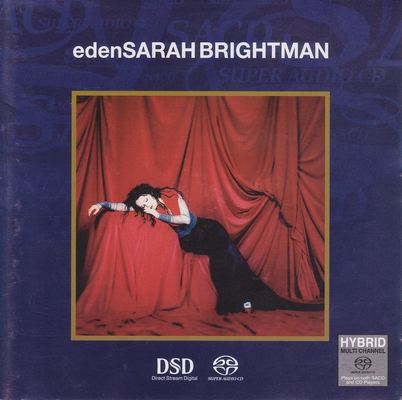 Sarah Brightman’s 1999 release Eden applies her rich, supple voice to 16 tracks that range from classical to pop to haunting ballads. The album features “Il Mio Cuore Va,” Titanic’s “My Heart Will Go On” sung in Italian; “Scene d’Amour,” the theme from The English Patient; and “Nessun Dorma” from Puccini’s Turandot. Brightman’s pop side emerges with tracks like “Dust in the Wind” and the Richard Marx-written and -produced “The Last Words You Said.” Eden’s wide range and Brightman’s beautiful voice are a winning combination. END_OF_DOCUMENT_TOKEN_TO_BE_REPLACED Broadway star Sarah Brightman lends her ethereal, angelic vocals to another combination of classical and pop, resulting in a solid, stirring collection. This outing, the ex-Mrs. Andrew Lloyd Webber adapts Rachmaninov (“How Fare This Spot”), Beethoven (“Figlio Perduto”), and Handel (“Solo Con Te”) alongside the brothers Gibb and Simon and Garfunkel. The uncanny thing is how canny Brightman is at bridging the contemporary with the classics so that they seem timeless. END_OF_DOCUMENT_TOKEN_TO_BE_REPLACED