Warren Zevon’s self-titled 1976 album announced he was one of the most striking talents to emerge from the Los Angeles soft rock singer/songwriter community, and Linda Ronstadt (a shrewd judge of talent if a sometimes questionable interpreter) recorded three of its songs on two of her biggest-selling albums, which doubtlessly earned Zevon bigger royalty checks than the album itself ever did. But if Warren Zevon was an impressive calling card, the follow-up, Excitable Boy, was END_OF_DOCUMENT_TOKEN_TO_BE_REPLACED 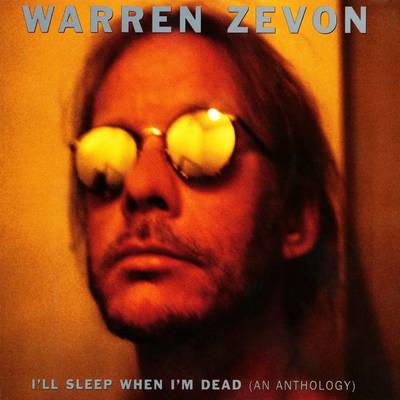 I’ll Sleep When I’m Dead (An Anthology) covers the bulk of Warren Zevon’s career, conveniently skipping over his long-forgotten first album and concentrating heavily on his Asylum records, as well as his albums for Virgin and Giant. END_OF_DOCUMENT_TOKEN_TO_BE_REPLACED