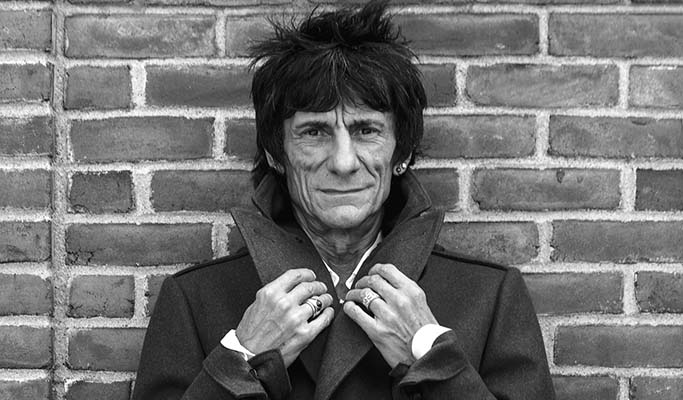 Guitarist Ron Wood has been a member of several classic British rock outfits, but the one that he’s undoubtedly most associated with is the Rolling Stones, with whom he’s been a member since 1976. A founding member of the Birds, a London R&B group, Wood joined the latter-day Creation in 1968 before entering Jeff Beck’s employ as second guitarist and then bass player. While with Beck, Wood met vocalist Rod Stewart, and the pair amalgamated with three former Small Faces. As the Faces, they became a major international act in the early ’70s. To a lesser degree than Stewart, Wood inaugurated a parallel solo career, beginning with 1974’s I’ve Got My Own Album to Do, which included contributions from George Harrison and, tellingly, Keith Richards, who subsequently recruited Wood as a replacement for guitarist Mick Taylor in the Rolling Stones. Wood continued to release solo records such as 1979’s Gimme Some Neck, which included the Bob Dylan-penned single “Seven.” ― Allmusic