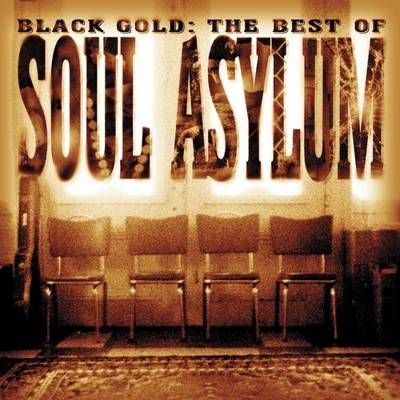 Unusually, for a best-of by a band that started indie and didn’t become stars until hooking up with a major, Black Gold: The Best of Soul Asylum spans their entire pre-2000 career, starting with a 1985 track from their second LP. Naturally, their output on the major label that issued this compilation, Columbia, is emphasized; there are just four songs from the Twin/Tone era, and nothing at all from their 1984 debut, Say What You Will Clarence…Karl Sold the Truck. So it’s mostly Soul Asylum the 1990s stars you hear here. Its appeal to collectors, and simultaneous aggravation to completists who have most of this but need everything, is guaranteed by the inclusion of a few rarities. There are previously unreleased live versions of “Stranger” (from MTV Unplugged) and “Closer to the Stars” and the Candy From a Stranger outtake “Lonely for You.” There’s also the song that’s actually titled “Candy From a Stranger,” although, oddly, this didn’t make it onto the actual Candy From a Stranger album; before this compilation, it was only released on a commercially unavailable promo CD. And, finally, there’s “Summer of Drugs” from the benefit album Sweet Relief: A Benefit for Victoria Williams. In addition, Lenny Kaye, who produced the band’s Hang Time LP, contributes liner notes. ― Allmusic