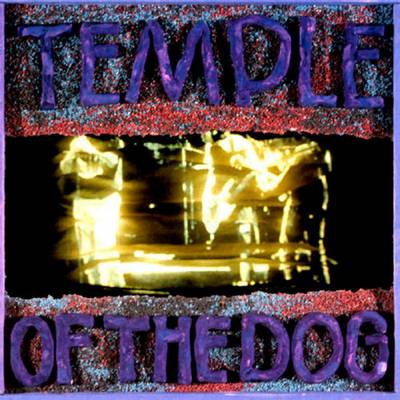 Featuring members of Soundgarden and what would soon become Pearl Jam, Temple of the Dog’s lone eponymous album might never have reached a wide audience if not for Pearl Jam’s breakout success a year later. In turn, by providing the first glimpse of Chris Cornell’s more straightforward, classic rock-influenced side, Temple of the Dog helped set the stage for Soundgarden’s mainstream breakthrough with Superunknown. Nearly every founding member of Pearl Jam appears on Temple of the Dog (including the then-unknown Eddie Vedder), so perhaps it isn’t surprising that the record sounds like a bridge between Mother Love Bone’s theatrical ’70s-rock updates and Pearl Jam’s hard-rocking seriousness. What is surprising, though, is that Cornell is the dominant composer, writing the music on seven of the ten tracks (and lyrics on all). Keeping in mind that Soundgarden’s previous album was the overblown metallic miasma of Louder Than Love, the accessibly warm, relatively clean sound of Temple of the Dog is somewhat shocking, and its mellower moments are minor revelations in terms of Cornell’s songwriting abilities. It isn’t just the band, either — he displays more emotional range than ever before, and his melodies and song structures are (for the most part) pure, vintage hard rock. In fact, it’s almost as though he’s trying to write in the style of Mother Love Bone — which makes sense, since Temple of the Dog was a tribute to that band’s late singer Andrew Wood. Not every song here is directly connected to Wood; once several specific elegies were recorded, additional material grew quickly out of the group’s natural chemistry. As a result, there’s a very loose, jam-oriented feel to much of the album, and while it definitely meanders at times, the result is a more immediate emotional impact. The album’s strength is its mournful, elegiac ballads, but thanks to the band’s spontaneous creative energy and appropriately warm sound, it’s permeated by a definite, life-affirming aura. That may seem like a paradox, but consider the adage that funerals are more for the living than the dead; Temple of the Dog shows Wood’s associates working through their grief and finding the strength to move on. ― Allmusic 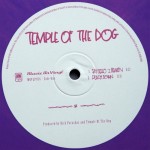 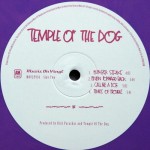 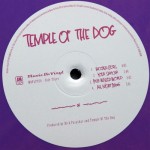