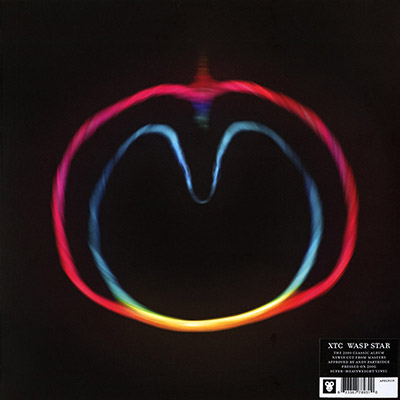 Anyone expecting Wasp Star: Apple Venus, Vol. 2 to continue the majestic acoustic-orchestral blends of Apple Venus will be disappointed, because it’s a straightforward collection of sharp, witty, well-constructed pop songs. Directness is perhaps the oddest thing about Wasp Star – it’s unassuming pop from a band that operated on a conceptual plain for nearly 20 years. It could be argued that all the songs that fit a dark, introspective mood went to Apple Venus, XTC’s first album after seven years in exile, while Wasp Star wound up as a clearinghouse for everything else. If that is true, it ignores a basic fact — XTC’s leftovers are better than most band’s keepers. “Leftovers” isn’t quite an accurate term, either. These songs are orphans, tunes without a particular project, which may mean that Wasp Star is an album of moments, but there’s plenty to cherish here. Colin Moulding is in fine shape, with the spare “Boarded Up” and the clever “Standing in for Joe.” Andy Partridge has a few tricks up his sleeve — his compositions are heavy on electric guitars, he builds “Wounded Horse” around a blues riff, and “You and the Clouds Will Still Be Beautiful” is just about the breeziest thing he’s ever written — but for the most part, he’s in pop craftsman mode, turning out expert, layered tunes that may not push his talents but certainly exploit his capabilities to their fullest. After all, most pop bands would give their eyeteeth to have songs as smart, melodic, and memorable as “Playground,” “Stupidly Happy,” “My Brown Guitar” and “I’m the Man Who Murdered Love” as their orphans — and if these constitute an average XTC album, that’s a testament to what a terrific band they are. ― Allmusic