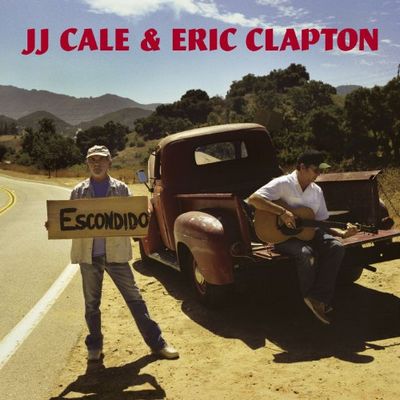 The Road to Escondido is an album by J. J. Cale and Eric Clapton. It was released on 7 November 2006. Contained on this album are the final recordings of Billy Preston, to whom the album is dedicated.

In 2004, Eric Clapton held the Crossroads Guitar Festival, a three-day festival in Dallas, Texas. Among the performers was J. J. Cale, giving Clapton the opportunity to ask Cale to produce an album for him. The two started working together and eventually decided to record an album. A number of high-profile musicians also agreed to work on the album, including Billy Preston, Derek Trucks, Taj Mahal, Pino Palladino, John Mayer, Steve Jordan and Doyle Bramhall II. In a coup, whether intended or not, the entire John Mayer Trio participated on this album in one capacity or another.

Escondido is a city near Cale’s hometown of Valley Center, California, in San Diego County. Eric Clapton owned a mansion in Escondido in the 1980s and early ’90s. Cale and Clapton thought it would be a good name for the album because of their dual acquaintanceship with the city.

The album won the Grammy Award for Best Contemporary Blues Album in 2008.