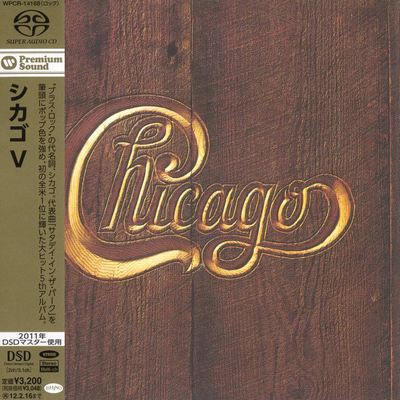 With four gold multi-disc LPs and twice as many hit singles to its credit, Chicago issued its fifth effort, the first to clock in at under an hour. What they lack in quantity, they more than make up for in the wide range of quality of material. The disc erupts with the progressive free-form “A Hit by Varese” — which seems to have been inspired as much by Emerson, Lake & Palmer’s Tarkus (1971) or Yes circa Close to the Edge (1972) as by the Parisian composer for whom it is named. Fully 80 percent of the material on Chicago V (1972) is also a spotlight for the prolific songwriting of Robert Lamm (keyboards/vocals). In addition to penning the opening rocker, he is also responsible for the easy and airy “All Is Well,” which is particularly notable for its lush Beach Boys-esque harmonies. However, Lamm’s most memorable contributions are undoubtedly the Top Ten sunshine power pop anthem “Saturday in the Park” and the equally upbeat and buoyant “Dialogue, Pt. 1” and “Dialogue, Pt. 2.” Those more accessible tracks are contrasted by James Pankow’s (trombone/percussion) aggressive jazz fusion “Now That You’ve Gone.” Although somewhat dark and brooding, it recalls the bittersweet “So Much to Say, So Much to Give” and “Anxiety’s Moment” movements of “Ballet for a Girl in Buchannon” found on Chicago II. ― Allmusic