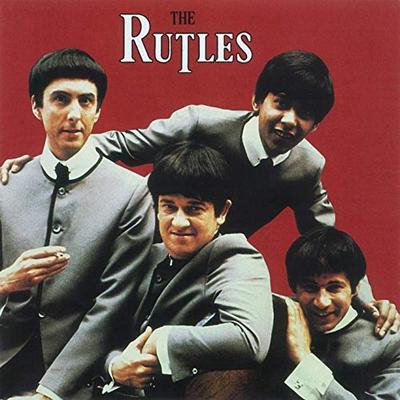 Pop culture, comedic satire, and rock music have always made for strange bedfellows. With all due respect to the collective genius involved in the Spinal Tap saga, it is safe to say no other artists have been able to repeat or re-create the delicate balance exhibited in the Rutles’ multimedia parody. This venture included a made-for-television mockumentary titled All You Need Is Cash. On this 1990 CD release, the contents of the original 1978 soundtrack — which incidentally bore the same name as the show — are included, as are an additional half-dozen recordings made for the film, but ultimately became victims of the time limitations inherent in the vinyl medium. The Rutles began with Monty Python’s Flying Circus member Eric Idle. His initial flash on the concept was as a short-lived BBC series, titled Rutland Weekend Television. Joining Idle on a regular basis was former Bonzo Dog Band member Neil Innes — whose seemingly innate musical abilities would also adorn latter-era Monty Python performances. According to Idle, “His [Innes] contributions [to the program] were Beatley,” thus inspiring the concept of a full-blown Beatles spoof. After previewing a demo reel to Lorne Michaels — producer of Saturday Night Live — Idle was convinced to develop the idea for NBC TV. The Rutles are: Ron Nasty, who is played by Innes (guitar/keyboards/vocals) and is the John Lennon character; Barry Wom (aka Barrington Womble) is portrayed by John Halsey (percussion/vocals), who presents a dead-on caricature of the deadpan Ringo Starr; Stig O’ Hara is depicted by Rikki Fataar (guitar/bass/vocals/sitar/tabla), who flawlessly emulates George Harrison; and Idle — the only non-musician — who spoofs Paul McCartney as Dirk McQuickly. The soundtrack takes on a whole other existence as each and every composition is deeply and sincerely ingrained in the Beatles’ music. Because of the practically sacred nature Beatles music shares in almost every life it graces, Innes penned and produced spoofs that were so eerily similar in structure they could easily be mistaken for previously unearthed tracks from the real fab four. There are obvious put-ons such as “Ouch!” and “Help!” or “Doubleback Alley” and “Penny Lane.” However, the real beauty inherent in many of these tunes comes via the subtle innuendos. These ultimately involve multiple listenings in order to locate the origins of a particular guitar riff, vocal inflection, or possible lyrical spoof. The best of these include “Hold My Hand,” which references “I Wanna Hold Your Hand” in title, and “All My Lovin” in song structure. “Piggy in the Middle” is a sly reworking of “I Am the Walrus,” and “It’s Looking Good” could be considered a variation of the Rubber Soul cut “I’m Looking Through You” right down to the repeated lyrics at the song’s coda. The band reunited (minus Idle) in the mid-’90s for a few one-off gigs, and in 1996 Archaeology — a send-up of the Beatles’ six-disc Anthology — was released to critical acclaim. Additionally, a various-artist album titled Rutles Highway Revisited — which featured an all-star cast including: Syd Straw, Tuli Kupferberg, Bongwater, Shonen Knife, and Galaxie 500 — recorded their favorite Rutles tunes and the disc was issued on the ever-eclectic Shimmy Disc label in 1990. ― Allmusic