With Tom Johnston gone from the lineup because of health problems, this is where the “new” Doobie Brothers really make their debut, with a richly soulful sound throughout and emphasis on horns and Michael McDonald’s piano more than on Patrick Simmons’ or Jeff Baxter’s guitars. Not that they were absent entirely, or weren’t sometimes right up front in the mix, as the rocking, slashing “Don’t Stop to Watch the Wheels” and the bluegrass-influenced END_OF_DOCUMENT_TOKEN_TO_BE_REPLACED Formed in the wake of the punk explosion in England, Joy Division became the first band in the post-punk movement by later emphasizing not anger and energy but mood and expression, pointing ahead to the rise of melancholy alternative music in the ’80s. Though the group’s raw initial sides fit the bill for any punk band, Joy Division later incorporated synthesizers (taboo in the low-tech world of ’70s punk) and more haunting melodies, emphasized by the isolated, tortured lyrics END_OF_DOCUMENT_TOKEN_TO_BE_REPLACED 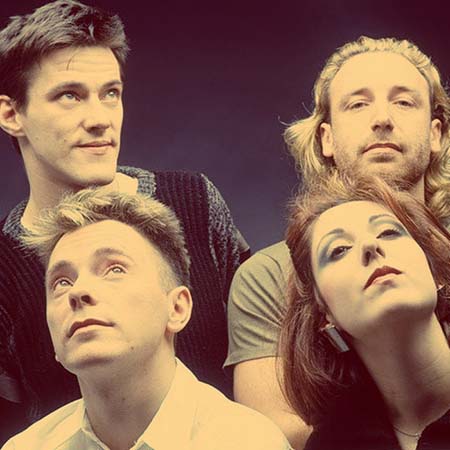 Rising from the ashes of the legendary British post-punk unit Joy Division, the enigmatic New Order triumphed over tragedy to emerge as one of the most influential and acclaimed bands of the 1980s; embracing the electronic textures and disco rhythms of the underground club culture many years in advance of its contemporaries, the group’s pioneering fusion of new wave aesthetics and dance music END_OF_DOCUMENT_TOKEN_TO_BE_REPLACED Both artistically and commercially, Boz Scaggs had his greatest success with Silk Degrees. The laid-back singer hit the R&B charts in a big way with the addictive, sly “Lowdown” (which has been sampled by more than a few rappers and remains a favorite among baby-boomer soul fans) and expressed his love of smooth soul END_OF_DOCUMENT_TOKEN_TO_BE_REPLACED Dave Brubeck’s defining masterpiece, Time Out is one of the most rhythmically innovative albums in jazz history, the first to consciously explore time signatures outside of the standard 4/4 beat or 3/4 waltz time. It was a risky move — Brubeck’s record company wasn’t keen on releasing such an arty project END_OF_DOCUMENT_TOKEN_TO_BE_REPLACED Wisely going only by her first name, Polish-by-way-of-England pop singer Basia Trzetrzelewska (“pronounced Basha Tshetshelevska”), joined by her musical partner Danny White, steps out of the band Matt Bianco to launch her solo career with Time and Tide. She and White create a series of keyboard-based dance-pop arrangements to support her smooth alto END_OF_DOCUMENT_TOKEN_TO_BE_REPLACED After nearly getting off the ground with Get Your Wings, Aerosmith finally perfected their mix of Stonesy raunch and Zeppelin-esque riffing with their third album, Toys in the Attic. The success of the album derives from a combination of an increased sense of songwriting skills and purpose. Not only does Joe Perry turn out indelible riffs END_OF_DOCUMENT_TOKEN_TO_BE_REPLACED Carole King brought the fledgling singer/songwriter phenomenon to the masses with Tapestry, one of the most successful albums in pop music history. A remarkably expressive and intimate record, it’s a work of consummate craftsmanship. Always a superior pop composer, King reaches even greater heights as a performer; new songs like the hits “It’s Too Late” and “I Feel the Earth Move” rank solidly with past glories END_OF_DOCUMENT_TOKEN_TO_BE_REPLACED Elvis: That’s the Way It Is is the 40th album by Elvis Presley, released on RCA Records, LSP 4445, in November 1970. It consists of eight studio tracks recorded at RCA Studio B in Nashville, and four live in-concert tracks recorded at The International Hotel in Las Vegas. It accompanied the theatrical release of the documentary film of the same name END_OF_DOCUMENT_TOKEN_TO_BE_REPLACED Six CDs containing the complete Capitol and EMI-Columbia recordings by Vincent, from 1956 through 1964. The 151 tracks may seem excessive, but the sound glitters, and since most of the post-1962 material was never issued in the United States, this stuff could be revelatory to serious fans. And the booklet is filled with detailed notes, sessionographies, and great photos. END_OF_DOCUMENT_TOKEN_TO_BE_REPLACED Although Jane’s Addiction’s 1987 self-titled debut was an intriguing release (few alternative bands at the time had the courage to mix modern rock, prog rock, and heavy metal together), it paled in comparison to their now classic major-label release one year later, Nothing’s Shocking. Produced by Dave Jerden and Jane’s Addiction vocalist Perry Farrell, the album was more focused and packed more of a sonic wallop than its predecessor END_OF_DOCUMENT_TOKEN_TO_BE_REPLACED In the 1980s and ’90s, numerous women recorded blistering rock, but things were quite different in 1976 — when female singers tended to be pigeonholed as soft rockers and singer/songwriters and were encouraged to take after Carly Simon, Melissa Manchester, or Joni Mitchell rather than Led Zeppelin or Black Sabbath. Greatly influenced by Zep, Heart did its part to help open doors for ladies END_OF_DOCUMENT_TOKEN_TO_BE_REPLACED